Someone Please Pinch Me

I’ve been out of high school for nearly 15 years already and out of college for 11.  So why is it, then, that my worst (and recurring) nightmare is centered around my school days?

Here’s what happens every single time:

It’s the morning of a major test, and I get to school with enough time to spare to take a trip to my locker to get the materials that I’ll need in order to take said test.  My hands are overflowing with books – wait, why don’t I just have a bookbag? – and I manage to balance them all in one arm while fumbling with the lock on my locker door.  Only, crap… that’s when I realize that I can’t, for the life of me, remember my combination.  27-6- uh… 32?  No, that’s not it.  14?  Nope, that’s not working either.  I start to get nervous as I look at my watch and see that I’ve got to hurry if I’m going to make it to class in time to take my test.  Then, relief hits me.  I wrote my combination down on the inside of one of my notebooks!  I dump my pile of books on floor, and I can finally start to feel the blood rush to my lower arm and hand again.  I hadn’t realized just how heavy those books were.  I sort through the pile, and it dawns on me that the notebook I need is one of the ones still in my locker – right there with the things I need for my test.  Ugh!  Why is this happening to me?  I don’t have time for this today.  I start to feel hot, and I start to get nervous about the time.  I decide I better just go to class and just forget the stuff I need for my test.  It’s better to be on time and just take the test rather than be late or skip it all together, right? 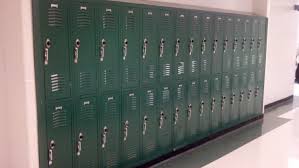 So I stack my books back up in my arm – here we go again – and as I top off the pile with one last notebook, the one underneath that tumbles to the floor.  I have the sudden urge to just throw them all on the floor and stomp on them, but I can’t if I’m going to make it to class in time for this test.  It will, after all, make or break my entire grade in this class.  I bend down ever so carefully and stack the books back up, balancing the pile on my chin for support. 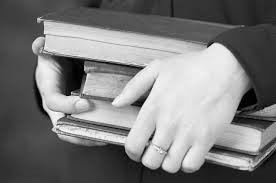 I turn the corner from my locker and start down the hallway to my class.  Room 217.  Only now I can’t find Room 217.  What in the world is going on?  I go to this class every day.  Why can’t I find it now?  Silly me – It must be the next hallway, after you turn left at the end of this one.  As I finally near the end of the hallway and turn left, I’m confident that I’ll still make it in time.  I only had a few more doors to go.  But wait – Room 217 isn’t down this hallway, either.  What the heck??  I decide that maybe I’ve got my schedule all mixed up, and I’m supposed to be on the third floor instead of the second.  Maybe it’s Room 317.  I start up the stairs, still barely holding on to my teetering pile of books.  I make it to the third floor and down the hallway that looks identical to the one I was just on.  I frantically race past classroom after classroom, and there’s still no sign of my room.  I begin to panic, thinking of how missing this test is going to ruin my entire year and all hopes of getting into my favorite college.  By now, I’m in tears and wake up in a cold sweat, heart pounding out of my chest. 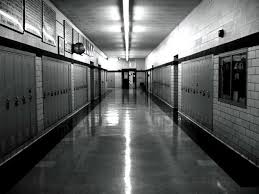 The funny thing about it is that, for some reason, I never think to stop and ask someone where my classroom is.  Instead, I panic and wake up a nervous wreck.  It’s so odd to me that all these years later, I still stress out about school and my grades.  I’ve always been a perfectionist, and I’ve always said that it’s my best and worst trait all in one.  I guess this is one of those times that it really is my worst.

What about you?  Do you have any odd recurring dreams (or nightmares, as is the case for me)?

“You know, surprisingly, they don’t sell a lot of brains in the local 24-hour grocery store around the corner from my house.” ~Rusty Fischer

While we were in Beaufort for Emma’s softball tournament this weekend, we had a lot of time to kill.  Killing time is not easy when you have four kids to entertain and a lack of a small fortune to spend.  Much of our days were filled with [read in your whiniest voice possible] –

“There’s nothing to doooo.”

“Can we pleeeease go do something fun?”

After a long, hard search on the Google, Eugene finally discovered some fun, cheap activities to do for the monsters kids that were fairly close to our hotel and the tournament location.

First stop on the list:  What’s Beneath the Surface: A Teen Zombie Program

Yep, that’s right.  Parents of the year, right here… We decided to take our kids (only one of whom is a teen) to learn how zombie makeup is applied in movies and on TV.  Wait, though.  That’s not all!  After they’re taught how to make a zombie, they’re made into zombies themselves!!!

So we get to the library and learn all about how to make the grossest, goriest cuts, bruises, and gashes.  Then comes the best part – the kids became actual, real zombies!  For real!

Gerald decided on a nice, deep, gross gash in his forearm.  The artist lady even peeled back the skin for extra gore! 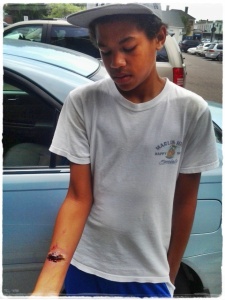 Ronald went with a gory, swollen, bruised broken bone look in his forearm.  The bruising was a disgusting blend of just the right greens, yellows, and purples. 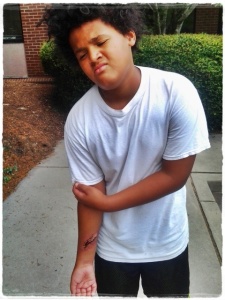 Jeremy chose a vulgar mix of busted eye and lip.  His eye had a deep gash, much in need of a few stitches, and purple bruising, while his nose dripped a deep red blood. 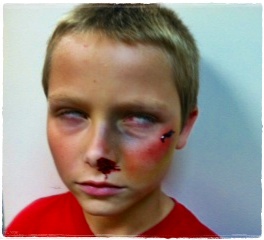 Emma also went with the busted mouth.  Her nose oozed blood, and her mouth had a foul color and mixture of bruising and blood and scabbing. 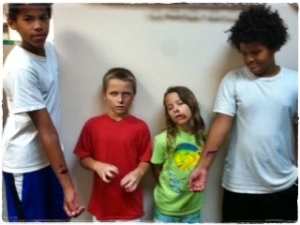 As you can see, they’re quite the walking dead!

After their zombie makeovers, we left the library in search of our next cheap adventure to kill time.  While we were standing in the library parking lot discussing our options, a very pregnant lady came running up to us in a panic.  Of course my first thought was that she was about to give birth right there in our parking space and needed our help.  Dr. Alicia at your service, ma’am.

But that wasn’t the problem.  Our kids were the problem.  Panicky pregnant lady was barely comprehensible as she blurted out, “OhmyGod. Aretheyokay? Areyouokay? Haveyoubeeninacaraccident?”  Huh?  I looked at her like she was speaking Japanese.  (And I don’t know Japanese, in case you were wondering.)  She must have seen the look of complete befuddlement on my face because she finally elaborated.  “Thekids! They’rebleeding! Aretheyokay? Wereyouinanaccident?!”

Oh, damn.  The kids.  I felt a slight twinge of guilt for making this poor, massively pregnant lady have a panic attack.  “Uh, um, no ma’am… The zombies are just fine. They weren’t in an accident. Their dad and I just took them to get teen zombie makeovers. They’re just zombies. That’s all…”  After I got the glare of death, she sucked in a deep breath, stuck her chest out, grabbed her kid’s hand, and she stomped away.  Oops.

This time it was a cute little old lady who stopped us.  “Oh dear! Lawd, are y’all alright? Those poor babies – Have they been hurt?”  Here were go again…  “No ma’am, they haven’t been hurt, and they’re just fine.  They were turned into zombies at the library this afternoon.”  To my utter surprise, she responded with, “Oh, well isn’t that neat?! And it looks so real, too! Lawd, them babies is just as cute as can be. And I’m so glad that they haven’t been hurt.”

Again, our little zombies giggled all the way to the car and back to our hotel.  They didn’t mention dying of boredom again that whole day.  Maybe because they were already dead.  Hmm… 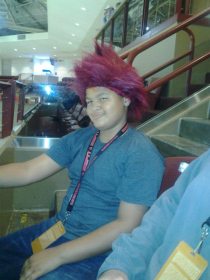 Okay, so last night was one of those crazy nights – two baseball games on opposite sides of town.  The endless driving-like-a-maniac back and forth between fields already caused my blood pressure to go nuts.  On top of that, our last game didn’t end until after 10 – on a school night – which led to us eating a wonderful [insert sarcasm] dinner of McDonald’s at 10:30.  Ugh.  So we’re sitting at the dinner table eating scarfing down our food when the following conversation causes me to have a full-blown panic attack:

Ronald: Mom, what’s ‘jacking off’ mean? A kid in my class said that today.

Me: [Completely and utterly choking on my french fries] Um, excuse me, what?

Me: Uh, maybe you should ask your brother about that.

Brother: Uh, maybe you should ask your father figure about that.

Me (upon reaching “father figure”): I need your help. ASAP. [Hand phone to Ronald like it’s a hot potato searing my fingers]

Father Figure: [Without missing a beat] Well, it’s basically playing with your own winkie dinkie.

Father Figure: Yep. So next time your classmate talks about jacking off, tell him you don’t want to hear about him playing with his own winkie dinkie. But don’t say jacking off… you’ll get in trouble by your teacher for that.

Ronald: Oh. Okay. Thank you – goodnight. [Still as cool as a cucumber]

Me: [Still hyperventilating] Okay.Timeforbed.Iloveyou.Goodnight. [I then proceed to crawl in my bed, curl up in a ball, and continue to remind myself to breath in and out. In and out.]

Before I had kids, people told me that kids were expensive.  I thought that only referred to diapers and stuff like that.  I had no idea that it meant room and board for the loony bin I’d end up in from the endless panic attacks they would give me.  Am I really cut out for raising two boys?  [Sigh.] 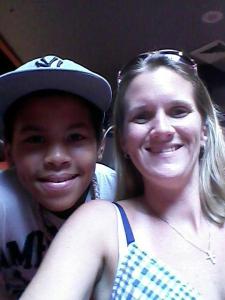 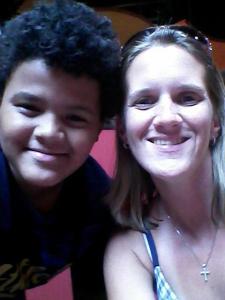