Today was James Gandolfini’s funeral.  In remembrance of one of my favorite actors of all time, I’d like to share with you some of my favorite quotes from his characters.  I think you’ll smile as you reminisce with me… 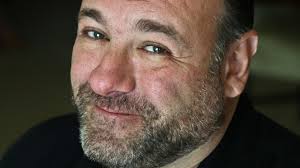 Virgil: “Now the first time you kill somebody, that’s the hardest. I don’t give a shit if you’re f*ckin’ Wyatt Earp or Jack the Ripper.”

Eddie Poole: “You’re not gonna kill me. You don’t have it in you. What are you gonna’ do? You gonna’ shoot me with you own gun, huh? Registered in your name? You really f*cking thought this through, didn’t you, genius? You’re gonna’ have to dig the bullets outta’ my head. That’ll be nice, huh? Or you could dig a hole. Dig it with your own hands, and bury me in it next to your f*cking girlfriend. Go ahead. Pull the f*cking trigger… What do you want me to do, start crying like a little baby? ‘Oh, I’m so sorry I killed the little girl.’ Well, f*ck you, and f*ck her! Go ahead! Put me outta’ my f*cking misery! Pull the f*cking trigger! Pull the f*cking trigger! Do it! Do it!”

Col. Winter: “Sometimes the apple does fall far from the tree.”

Tom Valco: “I’m not wearing the hat. Now get it away from me before I shove it up your ass!”

Tom Valco: “Trust me. What he’s doing up there, nobody’s gonna’ pay him for, ‘cause if they did, I’d have retired at seventeen.”

Nick Murder: “Two, two things a man should know how to do… Be romantic and smoke his brains out.”

Nick Murder: “What are you, a private dick?”

Det. Hilderbrandt: [When asked what they say about cops and donuts and being told that neither one’s any good without a hole in them.] “They say that about women, too.”

Tony [to Carmela while being asked for a $10,000 donation to Meadow’s college of choice]: “Oh yeah? Who know more about extortion? Me or you?”

Tony: “There’s an old Italian saying – You f*ck up once, you lost two teeth.”

Tony: “I wipe my ass with your feelings.”

Tony: “Maybe I should tap into my roots, too. My grandmother was half Indian… She was in the Fakawee tribe… When they used to get lost in the woods, they stopped and said, ‘Where the Fakawee’”

Tony [to Christopher]: “Listen to me. The only reason I did this is because you’re my nephew, and I love you. If it were anybody else, they would’ve gotten that intervention through the back of their f*cking head.”

Tony: “Is everyone in my life f*cking bananas?”

Tony: “What the f*ck’s the matter with you?”

Tony: “All due respect, you got no f*ckin’ idea what it’s like to be Number One. Every decision you make affects every facet of every other f*ckin’ thing. It’s too much to deal with almost. And in the end you’re completely alone with it all.”

Tony: “I’m like King Midas in reverse. Everything I touch turns to shit.”

Lt. Gen. George Miller: “No, I didn’t leak it. I’m not like some little gay mercenary running around doing other people’s dirty work.”

Lt. Gen. George Miller: “You’re his little English bitch, and you don’t even know it.”

Lt. Gen. George Miller: “Look, Tucker, you might be some scary little poodle-f*cker over in England, but out here you’re nothing. You know what you look like? A squeezed dick. You got a big blue vein running up your head all the way to the temple. See, that’s where I’d put the bullet. Only I’d have to stand back ‘cause you look like a squirter.”

Lt. Gen. George Miller: “What about you, pussy drip? Ever kill anyone?”

Lt. Gen. George Miller: “Yeah? Why don’t you try to maim me? I’ll hit you so hard in the face you’ll be shitting teeth.”

Lt. Gen. George Miller: “Yes, yes, I wake up and my eyes are closed and my head is swollen and I look like a giant ball sac.”

Lt. Gen. George Miller: “Do you know what I’m gonna’ do? I’m going to take a nice big shit on his desk, just to let him know that I was here.”

Lt. Gen. George Miller: “I’m a soldier! Look at the uniform… What, do you think I’m one of the f*cking Village People?

Lt. Gen. George Miller: “Why don’t you order me some little mammals? A little bunny and a little puppy, and a little cat, so I can twist their f*cking necks off and drink their blood.”

Carol: “…You know what it feels like when all your teeth are falling out really slowly and you don’t realize and then you notice that, well, they’re really far apart? And then one day… you don’t have any teeth anymore?”

Carol: “I don’t talk to owls. Owls are stupid.”

Carol: “And on our way, I can show you your kingdom. This is all yours. You’re the owner of this world. Everything you see is yours. Oh, except that hole over there – that’s Ira’s. The tree’s yours, but the hole is Ira’s. But everything else is yours. Except for that rock over there – that’s not yours. That little rock next to the big rock. But everything else in the kingdom – except for that stick. That little stick right there – that’s not yours. I want you to be king forever, Max.”

Doug Riley: “You know what? You want to parade around here in your birthday suit? If displaying your vagina’s the only way you can feel in control, well you knock yourself out. But I’m tired of your language. Especially the word f*ck and all its various permutations. Now I know it’s your only adjective, but it makes you sound cheap and immature and uneducated. And that may be the truth, but why advertise it?”

Doug Riley: “I guess I’m just not used to being around young women who talk about their private parts.”