Every little girl’s dream while growing up is to be Daddy’s Little Girl.  We strive to be the apple of our daddy’s eye.  We idealize them and are completely unaware of any of their faults.  In fact, a lot of us, as little girls, even somewhat blamed our mothers whenever our parents would get into arguments.  Our dads could do very little wrong.

Personally, my dad was quiet and reserved.  He rarely spoke, and I never really heard him yell.  My mom wore the pants in our house, without a doubt.  I always thought he was a gentle spirit, and I knew I wanted to marry a man just like him someday.  A lot of little girls end up looking for men who remind them, perhaps even unknowingly, of their daddies.  And in this case, that wasn’t a bad thing.

Sure enough, I did grow up a daddy’s girl.  I remember many times throughout my childhood, even into my teens, when he and I would stay up long after my mom and sister went to bed and would watch the NBA Finals, a football game, or even all seven long games of one World Series or another.

Things in my relationship with my dad were great, in my jaded world at least, up until I made a poor decision to date the future father of my children.  The bottom line is that my dad hated him.  For good reason or not, my 16-year-old inner know-it-all was determined to prove my dad wrong.  He said there was no way in heck that I was allowed to go out with this guy.  What did that mean to me?  That there was no way in heck that I wasn’t going to go out with this guy.  As you can imagine, my relationship with my dad quickly spiraled downhill at that point.  I was on a mission from that point forward to spite him because he didn’t trust me.  Because he wouldn’t let me make my own decisions and mistakes.  Because he wouldn’t even listen to my side of things, and he was set in his thoughts that I would fail. Oh… and because I was 16, and did I mention I knew everything?

Anyway, my relationship with my dad struggled over the next couple years as I worked my way through high school.  I did my best to stay his little girl, however, by making the honor roll every semester, getting accepted into a good college, and graduating in the top seven percent of my class.  He had to be proud of me, right?

Of course.  That is, until he found out I was pregnant.  That’s right.  I found out I was pregnant only a few weeks after graduating.  Sure, I was still on track for college and my future plans, but the bottom line is that I was pregnant by the guy my father couldn’t stand and forbid me from seeing.  To make a long story short, I moved out of my parents’ house and in with future sperm donor the day after graduation.  I started college, had my baby, and we ended up getting married.  As you can imagine, my dad did not see me that day.  Or for many, many days after, I might add.  My mom and sister would drive all the way to Charleston every weekend to see the baby and me.  Every once in a while, I would go there, and those are the only times my dad had even seen his first grandson and oldest daughter.

As you all already know, my husband ended up being a monster.  Every time I would hear someone say that a lot of women end up marrying men like their dads, I would laugh.  Not me, I would say.  My dad didn’t drink or scream or abuse my mom.  My husband did drink and scream and abuse me.  The studies were wrong this time.  I ended up with a husband far from a man like my dad.

Or so I thought until recently, as my kids have gotten older.

They don’t see their dad anymore really.  Generally, over the last couple years, he would see them for a week around Christmas and maybe for a few days over Spring Break.  This past year, though, he didn’t see them for either of those.  If I recall correctly, he saw his kids for maybe four days total all year.  Four.  Out of 365.

When that fact first dawned on me, it made me a little uncomfortable.  At first, I thought the uneasiness came from the fact that my kids don’t have a relationship with their dad.  But really, when I thought about it, that was actually a good thing.  So why the depressing feeling that came with it?  Suddenly, it dawned on me.

He was like my dad.  He had little desire to see his kids, and unless someone else did all the legwork to make a visit happen, he could go a very long time with no contact with his children.  That was my dad, too.  He had more important things to do than to see his oldest daughter and had excuse after excuse as to why visits had been so few and far between.

I recall a woman my dad had dated for a few years after he and my mom divorced (which was shortly after I left for college).  She would often “nag” him into meeting the kids and me for dinner or in coming to visit us.  Sure, she had her share of issues, but my sister and I always agreed that she was great at keeping him connected with his daughters.  They eventually broke up, and now that push to see the “apple of his eye” is gone, too, I guess.  Other than seeing him at my sister’s wedding a year ago and her housewarming party four months ago, I haven’t seen my dad in years.  Nope – not even for Christmas.  I can’t recall a time he’s ever seen his grandsons (even the one who’s named after him) play a sport, even though they excel at several.

Sure, he tells me that I’m welcome at his house anytime, that we can come for dinner whenever we want, but that’s the extent of the warm and welcome attempts at spending time with his little girl.  Don’t get me wrong – I do get a text on Christmas and my birthday (if my mom reminds him), and in some ways, that’s more than my kids get from their dad, so I guess I should be a little thankful, at least.

No, I don’t want him to beg to spend time with his daughter and her family, but a little indication of forgiveness would be nice.  Yes, I was wrong when I was a teenager, and yes, he was right in that my first husband was a jackass.  I may have even been wrong to have kids and get married so young.  But the fact remains that I am a well-educated, college graduate with two beautiful and intelligent young men, a loving husband, two stepchildren, and a job that I love.  I made a ton of mistakes growing up, but I’ve turned out pretty damn well.  It is, after all, those mistakes from which we learn, right?

I’ve been praying that my owns kids will eventually learn to let go of their unrealistic and idealistic hopes for a future with their father, when after all this time, I finally see that I should have been letting go of the same myself.  Maybe this memory I’ve been holding onto from childhood was nothing more than my wishful thinking all along.

My dream of being Daddy’s Little Girl is over. 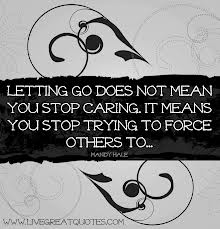 This entry was posted on Tuesday, January 21st, 2014 at 9:42 am and tagged with apple of his eye, daddy's little girl, daughters, father, kids, relationships and posted in Life. You can follow any responses to this entry through the RSS 2.0 feed.
« Someone Please Pinch Me
Happy Draft Day!!! »

Leave a Reply to The Cutter Cancel reply